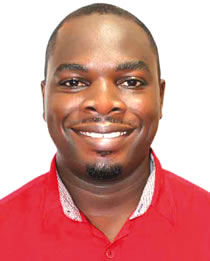 This is the mother of all veterinary emergencies because once breathing stops, the body starts to die in minutes.

Signs of breathing difficulty include gagging, coughing, gums and tongue turning pale or blue, and a wheezing sound may also be heard when the dog is breathing.

A good first aid will be to first loosen your dog’s collar and anything else that might restrict breathing. Secondly, do not put your fingers in the dog’s mouth. If you do so, you can accidentally get bitten. You may also push the object further down.

While all these procedures are ongoing, please ensure that you seek immediate veterinary attention.

This is another common pet emergency that occurs when a dog eats, drinks, inhales, or baths with a harmful substance.

It’s worthy to also note that the effect of every poison is dose dependent –- the larger the quantity exposed to, the more severe the toxicity and vice versa.

Some common symptoms of poisoning in dogs include sudden severe weakness, increased salivation (drooling), diarrhoea, vomiting, seizures, and loss of appetite. In very acute cases, the pet may collapse and die within minutes.

As earlier reiterated, please note that poisons could also get into a pet’s body through the skin (subcutaneous route) and by inhaling of sprayed chemicals.

The area was not fumigated but the dog inhaled the particles of the chemical that dissolved in the air, showed signs of acute toxicity that same day, and died the next day.

Another similar incidence is that of the dogs that had ticks on its body. The owner sprayed them with a tick repellant. Afterwards, he put them back into in their kennels. The fumes from the sprays killed the dogs a few hours after.

Furthermore, please note that the skin of the dog is much thinner than the human skin, and it also contains pores (tiny holes). Traces of any chemical you apply on them can be found in their blood stream. So, even if you gag their mouth, and use a wrong chemical or an overdose of a right one, the active ingredients in the chemical will find their way in. This has been the history of most of the cases of toxicity that I have encountered.

Another common cause of toxicity in our environment is the ingestion of rat baits (poisons).

I remember an emergency call I got from a client who said her dog just suddenly started salivating, and became very weak. As soon as I arrived, I asked a few questions on the environment and presence of possible rat baits. I was told that there were rat baits placed around the house and that the dog could not reach them because she was always on a leash.

I began some examination, and in the process of administering a few drugs to stabilise the dog, it began to vomit small rats. After about 30 minutes, she had vomited four rats. The connection is that though the dog did not directly consume the poison, it had eaten rats that had the poison in their belly already.

This is why I discourage the use of rat bait wherever children or dogs are present.

If you notice signs of toxicity after you may have applied a chemical on your dog’s body, then ensure you wash the body thoroughly again using mild soap. Afterwards, rinse several times.

In addition, you can orally administer about half a teaspoon to two tablespoon full of activated charcoal orally (an antidote for poisoning).

Charcoal will bind to the poison, and also coat the inner walls of the stomach and intestine. This will result in the reduction of the rate of absorption of the poison into the body.

In the absence of charcoal, you can make a thick solution of warm milk. Give at leat15-25ml orally, depending on the size of the dog. Drinking milk will dilute the poison and also coat your dog’s stomach and intestines. Hence, slowing down the rate with which your dog’s body absorbs the poison.

Another local remedy is palm oil. However, I discourage the use, except if there is no other alternative. The reason is that palm oil will induce vomiting of the poison mixed with stomach acid. This mixture can be the oesophagus. Also, if the dog is so weak that it cannot open its mouth or stand up, or open its mouth, the vomitus will find its way into the lungs. This could result in death by asphyxia (suffocation).

Please note that these first aid procedures are not meant to replace proper veterinary medical intervention by a vet doctor. Seek immediate assistance once any of these symptoms are noticed. Remember, speed is the most important factor in an emergency.

Have a splendid weekend.