Home Articles Even without methanol, ogogoro is a killer 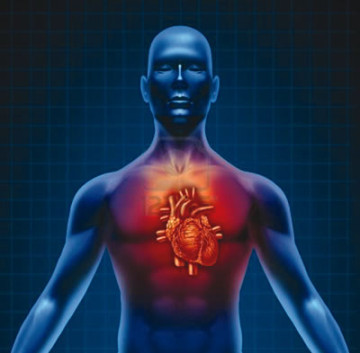 Last April, Nigerians woke up to extremely sad news about the multiple deaths among some consumers of a locally-brewed gin, ogogoro.

News had it that the victims took the brew, but within 24 hours, things started happening, as they progressed from one level of horror to the other. First, they started experiencing severe headaches, followed by instant blindness, while 18 of them died within hours of onset of the symptoms.

Only an urgent and highly specialised medical intervention saved other victims of the ogogoro binge from the cruel fate. It turned out that the ogogoro they had imbibed was contaminated with methanol!

He explains that methanol has quick and profound effects on the body.

“Once ingested, inhaled or taken in through skin exposure, the body changes methanol into formaldehyde and formic acid. Formic acid begins to build up in the body, doing serious damage to the central nervous system.

“The chemicals depress the central nerves, causing symptoms that may include sleepiness, confusion, difficulty breathing, seizures, or coma. They also have an acute effect on the eyes, such that soon after exposure, victims may have difficulty seeing. If the case is severe enough, they may go completely blind,” the virologist says.

He says once methanol enters the body through ingestion, it arrests the oxygen delivery capability of the body and death is very rapid. That was the experience of the Ode-Irele victims, sequel to which the Ondo State government banned the sale and consumption of ogogoro.

But just as the nation heaved a sigh of relief that the Ode-Irele incident had been contained, 38 persons died in Rivers State after they also consumed the controversial brew.

Though the local gin consumed by the Rivers and Ode-Irele victims was tainted with methanol, that is not to give a clean bill of health to ogogoro in any way. Brewers say alcoholic beverages contain ethanol, also commonly called ‘ethyl alcohol,’ ‘drinking alcohol,’ or simply ‘alcohol.’

It is described as the principal type of alcohol found in alcoholic beverages, and it comes about through the fermentation of sugars by yeasts.

Nutritionists say alcoholic beverages include beer, gin, vodka, wine and whiskey. Bingeing on any of these drinks can lead to ethanol poisoning, which is caused by drinking too much alcohol.

Dominic notes that short-term health effects of alcohol abuse include a hangover and a bad night’s sleep. She, however, says the long-term health effects usually come when it’s too late. What are these effects among men and women respectively? Read on.

Contrary to myths, physicians warn that alcohol actually affects men’s sexual performance! IVF specialist, Prof. Oladapo Ashiru, says alcohol consumption can reduce a man’s ability to impregnate his wife; but that if a man reduces alcohol intake, the effects on his sex life can be quickly reversed.

Family Physician, Dr. Grace Obong, notes that alcohol reduces testosterone levels – a situation that can lead to loss of libido and reduce sperm quantity and quality – causes of infertility.

The physicians say that alcohol is directly toxic to the testes.

“Alcohol can harm sperm production, stopping them from developing properly and reducing their ability to swim towards an egg. It may also affect the structure and movement of sperm by stopping the liver from properly metabolising vitamin A, which is needed for sperm to develop,” Ashiru says.

Worse still, doctors warn, alcohol can cause impotence, as it depresses the central nervous system and makes it difficult for some men to get, and keep, an erection.

Indeed, researchers say men who drink alcohol in excessive quantity and over a long term risk withering of the testicles, enlargement of the breasts and loss of hair on the body.

“In the long term, drinking to excess can have many adverse effects on anyone’s health, including increasing their chances of liver damage, heart disease, cancer, bone disease, inflamed pancreas, irritated stomach, type 2 diabetes, anxiety and depression.

And for women who drink alcoholic beverages for whatever reasons, it’s still bad news all the way. Professor of Oncology, Remi Ajekigbe, says the more alcohol a woman drinks, the higher her risk of developing cancer.

Ajekigbe warns, “Drinking alcohol can increase a woman’s risk of several types of cancer, including cancers of the liver, bowel, breast, mouth, oesophagus and larynx.”

Indeed, researchers at Oxford University, in what they called ‘Million Women Study,’ studied 1.3 million women across the world and found that the relative risk of breast cancer increases by 7.1 per cent for each 10 grams of alcohol a woman drinks in a day.

Physicians also counsel pregnant women, or women trying for a baby, to avoid alcohol altogether. Pregnant women who drink risk miscarriage in the first three months; and where they are able to carry the pregnancy to term, alcohol may damage the unborn baby.

In sum, experts are of the opinion that “No alcohol” is the safest amount anyone can observe.