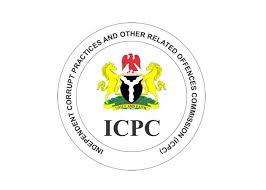 The ICPC has scored the Federal Ministries of Education, Health and Justice low in its assessment of ethics and integrity standards in public institutions.

In a recent report titled “Ethics and Integrity Compliance Scorecard on 108 MDAs,” the anti-graft agency evaluated Ministries, Departments and Agencies (MDAs) in the areas of Management Culture and Structure (MCS), Financial Management Systems (FMS) and Administrative Systems (AS) to see how they fared in ethical conducts as public institutions.

The Ethics and Integrity Compliance Scorecard was established in 2015 under the ICPC in collaboration with Justice for All (J4A) but now partly funded by the MacArthur Foundation, UKAid and Rule of Law and Anti-Corruption Project of the British Council (RoLAC).

Under MCS, 10 per cent each was allotted to organisational culture, board governance and executive management.

The measuring scale used to assess the MDAs on ethical standards is based on the level of compliance to ethics.

While non-compliance stands at 1-49 per cent, non-responsive is pegged 0 per cent.

While the number of MDAs under ‘partial compliance’ category is the highest- 11; only one MDA was ‘non-responsive’.

MDAs under ‘sustantial compliance’ category are five and that of ‘non-compliance’ is three.

Coming as one of the last five ministries on the performance list of the MDAs in ethical standards, the Ministry of Education falls in the category of non-compliance (1-49 per cent). Also in this category are Ministries of Justice and Health.

The Ministries of Transportation and Foreign Affairs fall under the category of partial compliance (50-69 per cent).

Topping the list of best ministries in ethical standards is the Ministry of Trade and Investment which falls under “Substantial Compliance” and scores 85.60 per cent, followed by Ministries of Finance and Petroleum Resources scoring 85.10 per cent and 70.10 per cent respectively.

Others in the category include Ministries of Information and Culture, and Communication.

Among the 89 parastatals, the top ten in “Substantial Compliance ” with ethics, according to the agency, include PTAD, NIMET, NPC, State House, PTAD, FERMA,NACA, NCMM, NESREA, NPC and FRSC.

The report revealed its findings as to why MDAs “behave poorly in the assessment on ethics and integrity standards”.

It said most of the MDAs “lack core values and system for staff to sign off as having read and understood their core values, mission and vision”.

It said further that “most MDAs do not have strategic plan with an ethics and compliance element.

“Where this exists, there are no clearly stated result framework, specific timelines, responsible persons, data collection, analysis and reports.”

Out of the 108 MDAs assessed, five MDAs lack constituted boards; while 26 MDAs do not require boards, 77 do not conduct periodic capacity building for their board members.

“Management of most MDAs do not have fraud prevention strategies such as checks and balances, periodic published audited accounts, stock verification system.

“Most MDAs do not have a functional and effective Asset Verification unit which function in most cases is being handled by audit unit, store or committee, ” it said.

The report stated that record keeping systems in most MDAs are not computerised except for accounting processes and they lack “a well-articulated whistleblowing mechanisms. “

“They also lack domesticated codes of conducts/ethics and policies regarding acceptance of gifts, donations, hospitality among others.”

Earlier this month, the commission uncovered gross financial scams ensuing from abuse of personnel budget and inflation as well as padding of nominal role by some Federal Ministries, Departments and Agencies (MDAs) amounting to about N12.6 billion, after which additional N6 bn was discovered – totalling N18.624bn

He said budget padding is still present in the MDAs because “oversight is not strong enough.”

The agency, following its evaluation of the MDAs, made some recommendations.

ICPC said as part of its efforts in ensuring ethical conducts among the MDAs, it would “follow up on MDAs with weak scores to improve vulnerable systems.”

It said it would also hold public and organisational sensitisation on the benefits of the ECS for their internal system improvement.

Investigating and prosecuting appropriate cases of ethical breaches which border on criminality would be done, alongside publishing the outcome and presenting it to the public, it added.

Others include collaborating with the office of the head of service and office of the secretary to the government of the federation to strengthen the anti-corruption and transparency units and meet the mandates; cultivating the opportunity of the private sector in adoption of the employees compensation scheme culture; and taking actions on non-responsive MDAs through system study or Corruption Risk Assessment (CRA).

The scorecard is set to “provide the commission the opportunity to identify and correct or advise MDAs on noted shortcomings.

“It would give the MDAs the opportunity to make adjustments by developing measures to address the noted shortcomings/vulnerabilities,” the report stated.

Molecule in blood linked to cognitive decline in old age

Placebos may have benefits, even when people know they are taking them