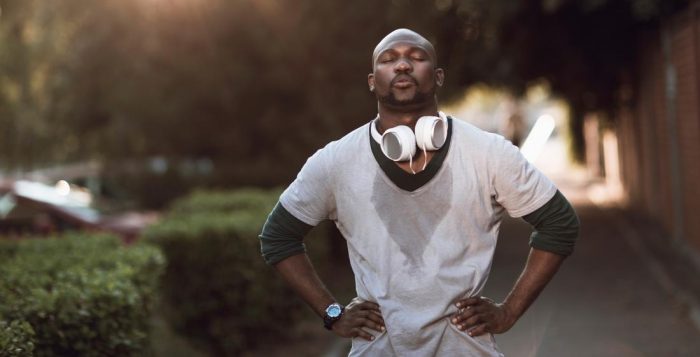 ArticlesJan 7, 2020
What to know about vasodilation 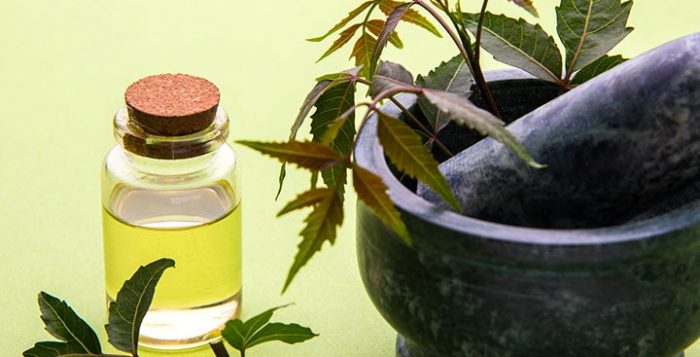 AcneDec 3, 2019
What are the benefits of neemoil for the skin? 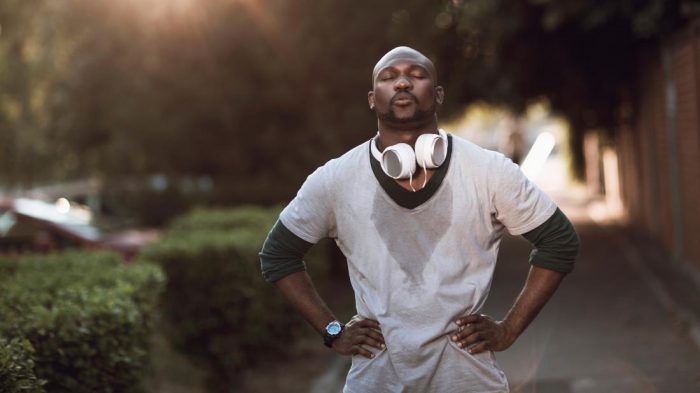 The term “vasodilation” refers to a widening of the blood vessels within the body. This occurs when the smooth muscles in the arteries and major veins relax.

Vasodilation occurs naturally in response to low oxygen levels or increases in body temperature. Its purpose is to increase blood flow and oxygen delivery to parts of the body that need it most.

Vasodilation refers to the widening of the arteries and large blood vessels. It is a natural process that occurs in response to low oxygen levels or increases in body temperature. It increases blood flow and oxygen delivery to areas of the body that require it most.

A doctor may sometimes induce vasodilation as a treatment for high blood pressure, also known as hypertension, and its related conditions. Examples of such conditions include:

A doctor may also induce vasodilation to improve the effects of a drug or radiation therapy. Vasodilation seems to be beneficial for this purpose because it increases the delivery of drugs or oxygen to the tissues that these treatments are designed to target.

There are several potential causes of vasodilation. Some of the most common include:

During vasoconstriction, the heart needs to pump harder to get blood through the constricted veins and arteries. This can lead to higher blood pressure.

Vasodilation can give rise to the conditions outlined below.

The widening of blood vessels during vasodilation promotes blood flow. This has the effect of reducing blood pressure within the walls of the blood vessels.

Some people experience abnormally low blood pressure, or hypotension. In some cases, this may lead to symptoms including:

Vasodilation also plays an important role in inflammation. Inflammation is a process that helps defend the body against harmful pathogens and repair damage caused by injury or disease.

However, chronic inflammation can cause damage to healthy cells and tissues. This can result in DNA damage, tissue death, and scarring.

Some conditions that can trigger inflammation and associated vasodilation include:

Factors that can affect vasodilation

There are several factors that can affect vasodilation. Some of the more common examples are outlined below.

When the environment becomes too warm, the thermoreceptors trigger vasodilation. This directs blood flow toward the skin, where excess body heat can escape.

People with obesity are more likely to experience changes in vascular reactivity. This may occur when the blood vessels do not constrict and dilate as they should.

Specifically, people with obesity have blood vessels that are more resistant to vasodilation. This increases the risk of hypertension and associated cardiovascular diseases, such as heart attack and stroke.

As a person ages, their baroreceptors become less sensitive. This can reduce their ability to maintain steady blood pressure levels.

Blood vessels also become stiffer and less elastic with age. This makes them less able to constrict and dilate as needed.

The air at high altitudes contains less available oxygen. A person at high altitude will therefore experience vasodilation as their body attempts to maintain oxygen supply to its cells and tissues.

Increased blood pressure within the capillaries of the brain can cause fluid to leak into surrounding brain tissue. This results in localized swelling, or edema. Medical professionals refer to this condition as high-altitude cerebral edema (HACE).

People at high altitudes may also experience vasoconstriction within the lungs. This can cause a buildup of fluid within the lungs, which medical professionals refer to as high-altitude pulmonary edema (HAPE).

Both HACE and HAPE can be life threatening if a person does not receive treatment.

Medications that induce or treat vasodilation

In some cases, a doctor may induce vasodilation as a treatment for certain conditions. In other cases, vasodilation may be what requires treatment.

Vasodilators are medications that cause the blood vessels to widen. Doctors may use these drugs to reduce blood pressure and ease any strain on the heart muscle.

There are two types of vasodilator: drugs that work directly on the smooth muscle, such as that in the blood vessels and heart, and drugs that stimulate the nervous system to trigger vasodilation.

The type of vasodilator a person receives will depend on the condition they have that needs treatment.

People should be aware that vasodilators can cause side effects. These may include:

Vasodilation is an important mechanism. However, it can sometimes be problematic for people who experience hypotension or chronic inflammation.

People with either of these conditions may require medications called vasoconstrictors. These drugs cause the blood vessels to narrow.

Vasodilation refers to the widening, or dilation, of the blood vessels. It is a natural process that increases blood flow and provides extra oxygen to the tissues that need it most.

In some cases, doctors may deliberately induce vasodilation as a treatment for certain health conditions. For example, they may prescribe vasodilators to lower a person’s blood pressure and help protect against cardiovascular diseases.

In other cases, doctors may work to reduce vasodilation, as it can worsen conditions such as hypotension and chronic inflammatory diseases. Doctors sometimes use drugs called vasoconstrictors to help treat these conditions.

A person can talk to their doctor if they have any concerns about their blood pressure. 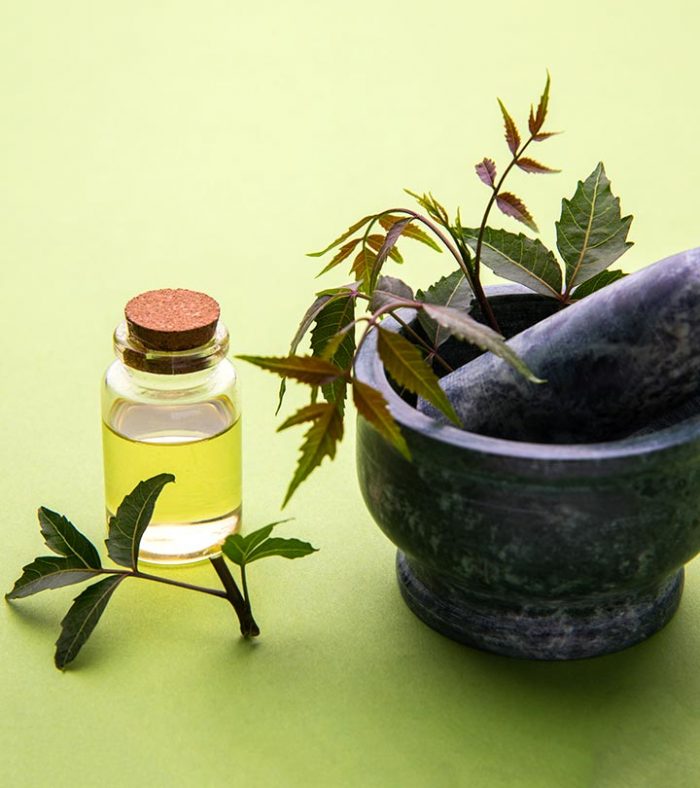 Neem oil is an extract of the neem tree. Some practitioners of traditional Chinese and Ayurvedic medicine use neem oil to treat conditions ranging from ulcers to fungal infections.

This type of oil contains several compounds, including fatty acids and antioxidants, that can benefit the skin.

Below, find out about the uses and potential benefits of neem oil, as well as the risks. We also provide tips for using neem oil on the skin.

What is neem oil?

Neem oil derives from the fruits and seeds of the neem tree. These trees grow mainly in the Indian subcontinent.

Neem oil is rich in fatty acidsTrusted Source, such as palmitic, linoleic, and oleic acids, which help support healthy skinTrusted Source. The oil is, therefore, a popular ingredient in skin care products.

The leaf of the plant also provides health benefits. The leaves contain plant compounds called flavonoids and polyphenols, which have antioxidant, anti-inflammatory, and antibacterial properties.

Benefits for the skin

Researchers have only recently begun to examine how plant compounds influence health and disease. As a result, few scientific studies have investigated the use of neem oil in general skincare or as a treatment for skin conditions.

Authors of a 2013 reviewTrusted Source of the available research into medicinal uses of neem concluded that its extracts can help treat a variety of skin conditions, including:

The following are some benefits of neem oil and the evidence behind these claims.

First, however, it is important to note that most of the studies involved cell lines or animals. Those that did involve humans only included small numbers of participants. This makes it difficult to draw conclusions about the effectiveness of neem in the general population.

A 2017 study investigated the anti-aging effects of topical neem leaf extract in hairless mice. The researchers first exposed the mice to skin-damaging ultraviolet B radiation. They then applied neem oil to the skin of some of the rodents.

The team concluded that the oil was effective in treating the following symptoms of skin aging:

The researchers also found that the extract boosted levels of a collagen-producing enzyme called procollagen and a protein called elastin.

Production of these compounds decreases as people age. This eventually leads to dry, deflated-looking, thin skin and the formation of wrinkles.

A similar 2013 study compared the effects of saline and neem oil on wound healing in rats. Those that received neem oil healed faster and did not develop raised scars.

A 2014 study investigated whether a gel containing neem oil and St. John’s wort could help reduce skin toxicity from radiation therapy. The study involved 28 human participants who were receiving radiation therapy for head and neck cancer.

All participants experienced some reduction in skin toxicity following treatment with the gel. However, it is important to note that this study did not include a placebo control.

Most people can use neem oil safely. However, the EPA consider the oil to be a “low toxicity” substance. It can, for example, cause allergic reactions, such as contact dermatitis.

Also, while ingesting trace amounts of neem oil will likely not cause harm, consuming large quantities can cause adverse effects, especially in children. These may include:

How to use it

People should use organic, cold-pressed neem oil. The oil should have a cloudy, yellow-brown color and a strong odor.

Neem oil is generally safe to apply to the skin. However, it is very potent, so it may be a good idea to test it on a small patch of skin before applying it more extensively.

To perform a patch test, mix a couple drops of neem oil with water or liquid soap. Apply the mixture to a small area of skin on the arm or the back of the hand.

If the skin becomes red, inflamed, or itchy, dilute the neem oil further by adding more water or liquid soap. Test this mixture on a different area of skin and watch for any signs of irritation.

People who are allergic to neem oil may develop hives or a rash after a patch test. If this happens, stop using the oil — and any products that contain it — immediately.

Some people use neem oil to treat various skin conditions, including infections and acne.

To use it as a spot treatment, apply a small amount of diluted oil to the affected skin. Let the mixture soak into the skin, then rinse it off with warm water.

Neem oil has a long history of use in traditional Chinese and Ayurvedic medicine. Despite this, researchers have only recently begun exploring the potential applications of neem oil in Western medicine.

Neem oil contains fatty acids, antioxidants, and antimicrobial compounds, and these can benefit the skin in a range of ways. Research shows that these compounds may help fight skin infections, promote wound healing, and combat signs of skin aging.

To use neem oil as part of a skincare routine, mix it with water or a carrier oil. It is important to do a patch test when trying neem oil for the first time.

Some people experience a reaction to neem oil, such as contact dermatitis. If this occurs, stop using the oil.