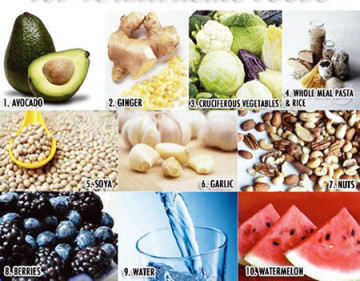 Many people wrongly assume that we start ageing only when grey hair sprouts here and there on our heads, or when wrinkles start to appear on certain parts of the body, especially on the foreheads, corners of the eyes, or around the mouth.

Scientists say this is not necessarily the case, as some parts of the body actually wear out long before we look old physically.

For some – and, depending on lifestyle – physical effects of ageing are not immediately pronounced on their physique, especially the face. They are still able to flaunt their ‘ageless’ looks well after their 40th birthday; but even at that, it is an undeniable fact that after age 35, many parts of the body start declaring independence and they embark on southward movement, even if gradually, but definitely surely.

For women, age 35 is as tricky as it is decisive. Experts say by mid-30s, women’s breasts start losing tissue and fat, reducing in size and fullness. They contend that sagging starts properly at 40 and the areola (the area surrounding the nipple) can shrink considerably.

For men, researchers say, the penis undergoes significant changes as a man moves from his sexual prime – around age 30 – into middle age and on to older age. The Journal of Sexual Medicine reports that blood flow to the head of the penis reduces at this age, and there is a slow loss of pubic hair.

“As testosterone wanes, the penis gradually reverts to its pre-pubertal, mostly hairless, state,” the journal claims.

In terms of size, scientists say, the penis tends to undergo an actual (and irreversible) reduction in size, length and thickness. “If a man’s erect penis is six inches long when he is in his 30s, it might be five or five-and-a-half inches when he reaches his 60s or 70s,” says the director of sexual medicine at Alvarado Hospital in San Diego, Dr. Irwin Goldstein.

Experts also say the lung capacity slowly starts to decrease from the age of 20, and by the age of 40, some people can start experiencing breathlessness, partly because the muscles and the rib cage that control breathing stiffen up. It’s then harder to work the lungs and also means some air remains in the lungs after breathing out, causing breathlessness.

The heart, too, starts ageing at 40, as it pumps blood less effectively around the body as we get older. Scientists say this is because blood vessels become less elastic, while arteries can harden or become blocked because of fatty deposits forming on the coronary arteries due to eating too much saturated fat. When this happens, the blood supply to the heart is reduced, resulting in painful angina.

Again, the bones start ageing at 35, according to Roberts Moots, a professor of rheumatology at Aintree University Hospital in Liverpool. He notes that though children’s bone growth is rapid, as the skeleton takes just two years to renew itself completely; in adults, the same process can take 10 years.

“Until the mid-20s, bone density is still increasing; but at 35, bone loss begins as part of the natural ageing process,” Moots says.

The skin, muscles, hair growth and fertility level all take a bashing after age 35. Any wonder that researchers say as we hit 35, stress level is likely to increase, what with the threats of stress-related conditions like obesity, Type-2 diabetes, brain atrophy, heart disease, high blood pressure and more. Ditto the belly fat, wrinkles and decreased libido. And that is why you need certain survival kits to keep you going, look and feel better till the ultimate end.

Ophthalmologist, Dr. Steve Odiase, notes that the eye happens to be one of the organs of the body that readily subscribe to ageing. He says, “As you age, you must endeavour to keep your eyes sharp by eating lutein-rich foods. This is because lutein is a powerful antioxidant that helps prevent cataracts and macular degeneration, the leading cause of blindness in individuals over the age of 60.”

As the years roll by, researchers say the ageing person undergoes emotional changes in mood, as evidenced by crankiness, stress, and, sometimes, depression. They recommend fortified cereals, especially those fortified with vitamin B6; and bananas, believed to reduce crankiness, irritability and mood swings.

Generally, fighting wrinkles become a preoccupation for both men and women as the chronological age progresses, though women tend to engage in this more than men do. Okudo says avoiding exposure to the sun, quitting smoking, treating the skin gently by resisting the temptation to use every highly-promoted skin product that hits the market, are some healthy ways of delaying the onset of wrinkles.

Scientists also say people over 35 need some vitamins that are essential to the prevention of cancer, strengthening the bones, keeping the heart healthy, and generally make you look younger.

Healthy diet is it

One easy way to beat stress, which, experts say heightens the ageing process, is through healthy diet, by avoiding salty and fatty foods. Dietician and weight loss expert, Dr. Angela Okudo, explains that as we age, hormonal changes make a flat belly almost unachievable even if you watch your diet.

She says, “After 35, your sex hormones fluctuate, making your body retain more water and your gastrointestinal tract not as efficient, resulting in bloating.”

She advises regular intake of pineapple juice – an excellent source of potassium, manganese and vitamins C and B6. Pineapple juice is also described as a natural diuretic and helps to flush out any excess toxins in the kidneys and liver.

It is also described as an all-natural belly flattener, as it contains digestive enzymes – bromelain – that help break down the food in the gut that could otherwise cause bloating and gas.

Okudo says, ideally, the majority of the ageing person’s nutrients should come from a diet rich in fruits and vegetables, while taking multivitamin supplements also help in a lot of ways when prescribed by a competent physician.

Your diet can determine your recovery period