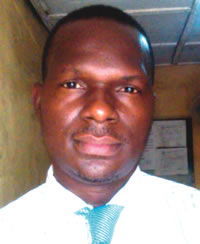 The World Cancer Day was marked on February 4, all over the world in order to raise awareness on cancer and to encourage its prevention, detection, and treatment. Many doctors, nurses, social workers, pharmacists and sufferers came out cheerfully to encourage other members of the public to go for screening and observe healthy lifestyles because it can be prevented.

Cancer is a condition nobody wants to experience. It is not a condition a doctor likes to discuss with a sufferer. Telling a newly diagnosed patient that he has cancer takes a lot from the doctor as it involves two or three other members of the medical team. The process and treatment also take time, resources and energy.

Disclosure of cancer is actually categorised under the disclosure of bad news in family medicine. Sometimes, it may be done in the presence of the patient’s relations or outside the confines of the hospital.

Story of a cancer patient

Here, a cancer patient shares her experience with us to encourage others.

‘It sucks! It’s on the rampage! I woke up one morning after my routine monthly self breast examination. I noticed a small mobile nut-like mass under my breast. Initially, I thought it was one of those lymph nodes one gets when one has a boil on one’s armpit.

But nay, it was that monster. So, when I became very apprehensive, I had to confide in one of my friends who said I should see a doctor.”

In the hospital, the doctor allayed my fears and took a sample from the lump’ site’. He said the result would be out in four weeks. It took forever for the result to come out. While the result later came out, the doctor insisted I should remove the lump.

After much deliberation, I went under the knife again! The specimen was subsequently sent for histology and I was given another 10 weeks for the histology result.

Finally, the result showed “malignant”. Malignant? I was dejected because it meant that I had to undergo another surgery – a major one this time. Few weeks later, I had a mastectomy (breast removal surgery) done.

Other forms of treatment

I also had a series of chemotherapy, but the most annoying treatment was radiotherapy. After each session of ‘radio’, as it is fondly called, I noticed that my luscious curly hairs were gradually pulling off. In fact, I am now bald. Nothing to worry about because my hubby is not complaining.

I cried out my eyes all through the nights because of the excruciating pain I felt. The heat from the radiation and the scalding are better imagined than experienced.

I forgot to mention that if you’re undergoing ‘radio,’ water must not touch that area. You only need to soothe yourself with powder. What a life!

Gradually, low self esteem began to set in. The pain became unbearable. So, I had to totally depend on my hubby and relatives. It got so bad that I could not even swallow food or drugs. The only means of feeding was through a tube! I fought hard but the monster was stronger than me.

I wished that I had started early. I wished I was properly informed. I wished there were enough centres for treatment! Do you have a loved one, or even an enemy? Please, advise them to go for screening and get themselves properly checked.

PSA, Pap smear, mammogram and, the least expensive, self breast examination, are very necessary. I, therefore, plead with the government and any group that has the milk of human kindness flowing in their blood streams to please help to revitalise our radiotherapy centres in Nigeria. It is so absurd to know that in a populous nation like ours, only two radiotherapy centres are functional.

In conclusion, some cancers can be detected at an early stage when treatment is likely to be more effective. Tests have been developed that can detect these cancers well before any symptoms are present.

It is also a good idea to examine your own body for changes, such as:

lumpiness or a thickened area in your breasts, any changes in the shape or colour of your breasts, an unusual nipple discharge, a nipple that turns inwards (if it hasn’t always been that way) or any unusual pain.
a lump in the neck, armpit or anywhere else in the body;
sores or ulcers that don’t heal;
coughs or hoarseness that won’t go away or coughing up blood;
changes in toilet habits that last more than two weeks;
new moles or skin spots, or ones that have changed shape, size or colour, or that bleed;
an unusual vaginal discharge or bleeding;
unexplained weight loss.
If you notice any of these changes, see your doctor immediately.

May our road be rough, but not this rough!