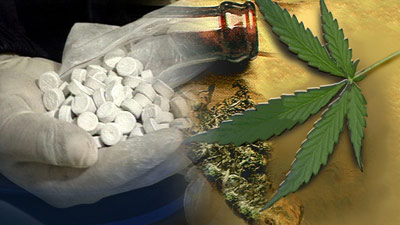 More Nigerian youths are abusing psychoactive substances and this has grave dangers on the society at large. This is according to Prof. Isidore Obot of the Department of Psychology, University of Uyo, who said the most abused substances are alcohol, cannabis (Indian hemp), tobacco, cocaine, heroin and others.

According to Prof Obot, the problems associated with psychoactive substances (alcohol and other drugs) are many and have been known for a long time, saying that as far back as 1844, the Emir of Nupe, seeking protection for his people against imported rum that was consumed then, said it had “ruined my people” and “has made them become mad”.

Prof Obot said the use of psychoactive substances brings great risks to both the user and the people around him. Analysis by the World Health Organisation (WHO) shows that in 2004, there were 271,190 alcoholic- attributable net deaths, or 2.3 per cent of all deaths. In the same year, alcohol also accounted for 7,787,426 alcoholic-attributable disability adjusted life years.

On the correlation between alcohol consumption and infectious diseases, the Professor of Psychology said in 2007, an estimated 9.3 million new tuberculosis cases were recorded worldwide. “While most of the cases were in Asia, Africa accounted for 79 per cent of cases reported among HIV infected persons with Sub-Saharan Africa remaining the most affected region as far back as 2008.

“The illicit drugs abused in Nigeria are cocaine, heroin and they are always injected. Studies have shown that smoking cannabis at a young age may have effects on the brain and behaviour and the abuser will in turn be deleterious to normal cognitive and emotional development.

“Information gathered based on Psychiatric hospital clients, indicate that Nigerian youths were not only involved in trafficking the drugs but they are also using them,” he said.

He said 21 per cent of about 1,000 drug users interviewed had injected heroin, cocaine or any other drug, according to a UN agency report, adding that from a recent general population survey of 7,000 adults, 16 per cent of males and 12 per cent of females interviewed reported life-time non-prescription use of sedatives.

Though there are laws against the use of illicit drugs in Nigeria and the country is a signatory to all UN conventions on drug control and such other laws, Prof Obot said Nigeria currently lacks a policy framework for the control of alcohol sales and harmful consumption.

“While demand for treatment for drug and alcohol problems has been growing, treatment opportunities are still grossly limited. Professionals are exploring ways nationally to get attention to address this national problem. Part of the effort is a forthcoming symposium,” he said.

Speaking on the importance of the symposium, Prof Obot said the Centre for Research and Information on Substance Abuse (CRISA), in collaboration with its partners, is set to hold the second national symposium on drugs and drug control policy in Nigeria.

“This year’s symposium, which held on October 28 and 29, was supported by European Union (EU) funded by United Nations Office on Drugs and Crime (UNODC) and it focused on the different aspects of drug problems in the country. It addressed several topical areas through different formats, featuring panel discussions with invited experts, who spoke on- Legal and policy framework for drug control in Nigeria; organised crime networks in the ECOWAS and other topics.”

He said CRISA is the publisher of the influential African Journal of Drug and Alcohol Studies and organiser of the biennial international conference on “Drugs and Society in Africa”. Other major features included-capacity building sessions, CSO special sessions and poster presentations, which included presentation of drug-related research.

Sleep loss may disrupt the brain’s ability to ‘unlearn’ fear

Metabolites in urine point the way to a more healthful diet