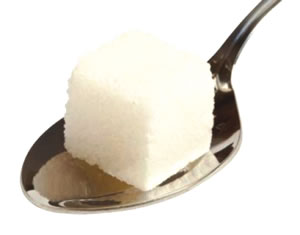 Children of recently separated or divorced families are likelier to drink sugar-sweetened beverages than children in families where the parents are married, putting them at higher risk for obesity later in life, according to a new study from San Francisco State University.

Maintaining family routines, however, can protect children during divorce against developing unhealthy eating habits, researchers found, indicating that families can go a long way toward promoting their children’s health during times of family transition. Shared routines like carving out time to talk each day or sitting down to eat together appear to guard children following divorce.

“When families separate, one of the things that is most impacted for kids is their day-to-day routines,” said Jeff Cookston, professor and chair of psychology at SF State and lead researcher on the study. “Children are looking for consistency in their family environment, and family routines provide that security and continuity.”

The study is the first to examine the real-time eating habits of divorced and married families, rather than rely on family members’ recollections of past meals or behavior. Cookston and his colleagues interviewed the participants — parents and children in both married and divorced families — and asked them to keep five-day diaries of their eating habits. When they looked at the data, they found that children whose parents were separated or recently divorced were much more likely to drink sugar-sweetened beverages than children whose parents are married. Divorce did not appear to have a major impact on other unhealthful behaviors such as skipping breakfast or eating dinner outside the home.

The reason, Cookston says, is likely ease and access. Divorce can put a great deal of stress on families, including children, and drinking sugary beverages can be a “quick fix” for dealing with that stress.

“They’re quite pleasurable, and they’re accessible. The brain reacts with a great deal of enjoyment when we have a soda or energy drink,” he said. “It also doesn’t involve much thinking, except for the decision to purchase them or bring them into the house.”

In addition, researchers were surprised to find that the more a divorced family maintained routines such as eating a regular dinner together or making time for family activities, the less likely children were to drink sugary beverages. Other behaviors — how much time a parent spends with his or her children, warm parenting behavior — did not have a similar benefit.

The results have significant implications for public health: More than 1 million children experience divorce annually, and 34 per cent of U.S. 6- to 11-year-olds are overweight, putting them at risk for adult obesity.

“Rather than feeling hungry or having a glass of water, it’s easy during times of stress to turn to the quick, enjoyable experience of drinking a sugary beverage,” Cookston said. “Drinking sugary beverages is one of the two things, along with the increase in carbohydrate consumption, that we’ve identified as strongly associated with the obesity epidemic in the U.S.”

The good news, Cookston said, is that routines can be modified: If a family recognizes that an activity is important, they will be more willing to adjust their schedules to make time for it. To bring this research into practice, he is working with SF State Assistant Professor of Consumer & Family Studies/Dietetics Gretchen George to develop a family cooking and nutrition education program to teach families how to plan, cook, and eat healthful meals together.

“The family meal is an opportunity for interaction and collaboration that fills an essential need, which is to eat food, but also can be a fun, shared experience,” he said.