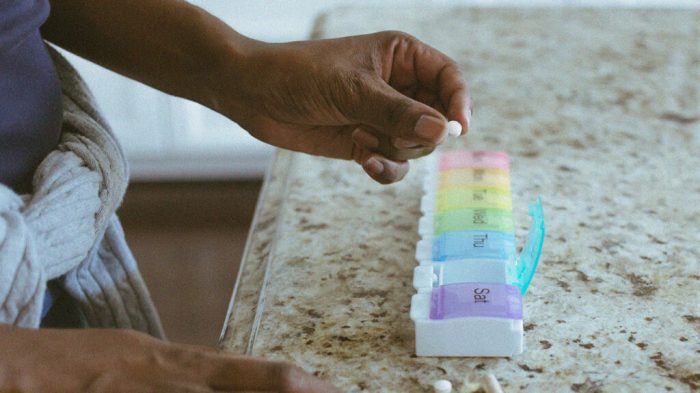 The authors of a recent study found that healthy older adults who took a daily, low dose of aspirin were at higher risk of receiving a diagnosis of advanced cancers and dying from cancer than those who took a placebo.

The findings raise the possibility that taking aspirin every day may make cancers worse once they have developed in this age group.

In recent years, there have been high hopes that taking a daily, low dose of aspirin might help protect older people from dementia, cognitive decline, and cancer.

In addition, some clinical trials involving mostly middle-aged adults have found that aspirin may reduce the risk of developing cancer, especially colorectal cancer.

However, until recently, evidence for the drug’s use as a preventive treatment in otherwise healthy older people has been lacking.

A study originally published in March 2020 suggested that taking a daily low dose of aspirin did not protect older people from cognitive decline and dementia.

The latest study, which investigated the same cohort of individuals, reports that daily aspirin increases the risk of receiving a diagnosis of advanced cancers and cancer that has spread or metastasized.

The results found associations between daily aspirin and increased cancer mortality over the follow-up period.

The scientists published their findings in the Journal of the National Cancer Institute.

Researchers at Massachusetts General Hospital in Boston, the Berman Center in Minneapolis, MN, and Monash University in Melbourne, Australia, carried out the recent study.

They analyzed results from the Aspirin in Reducing Events in the Elderly (ASPREE) trial, which included 19,114 individuals living in Australia and the United States. None of the participants had cardiovascular disease, dementia, or physical disability at the start of the study.

Researchers randomly assigned the participants to take either 100 milligrams of aspirin per day or a placebo.

An earlier analysis of outcomes in the two groups after a mean follow-up period of 4.7 years found a higher number of deaths from all causes in the aspirin group. Most of the excess deaths were due to cancer.

The latest study examined aspirin’s effect on cancer diagnoses and deaths as a result of cancer in greater detail.

Overall, 981 participants who were taking aspirin and 952 who were taking placebo developed cancer. This difference between the two groups was not statistically significant.

However, daily aspirin had associations with a 19% higher risk of metastatic cancer and a 22% higher risk of receiving a diagnosis of advanced cancer compared with a placebo.

The results also indicated that people in the aspirin group were at a higher risk of dying during follow-up due to advanced cancer.

“Deaths were particularly high among those on aspirin who were diagnosed with advanced solid cancers, suggesting a possible adverse effect of aspirin on the growth of cancers once they have already developed in older adults,” says senior author Dr. Andrew T. Chan of Massachusetts General Hospital and Harvard Medical School.

“Although these results suggest that we should be cautious about starting aspirin therapy in otherwise healthy older adults, this does not mean that individuals who are already taking aspirin — particularly if they began taking it at a younger age — should stop their aspirin regimen.” – Dr. Andrew T. Chan

In their paper, the researchers also point out that the increased cancer mortality risk associated with taking aspirin in their study equated to an extra 1.5 deaths per 1,000 person years. This is relatively small compared with the risk of mortality from other causes.

Aspirin reduces inflammation in the body. The researchers write that one possible explanation for their finding may be that aspirin suppresses or “blunts” immune responses that are critical to controlling the growth and spread of cancer at later stages of its development.

They note that other research has found differences between the biology and behavior of tumors in older adults and younger individuals.

“These reports make it plausible that aspirin might also act differently, at the cellular or molecular level, in older individuals,” they write.

A meta-analysis of trials involving populations around 10 years younger than in ASPREE, published in 2019, found that taking daily low dose aspirin for around 5 years neither increased nor decreased cancer incidence or mortality.

Other research suggests that it may take at least 10 years of taking daily aspirin before there is a beneficial reduction in the incidence of colorectal cancer.

There may also be a delayed benefit in older people that only becomes apparent after a longer follow-up period. The authors of the current study write:

“Cancer molecular and genetic data give reason to suggest that the potential adverse impact of aspirin identified in ASPREE might be specific to this age group. The cohort continues to be followed to explore the possibility of a delayed reduction in cancer incidence and/or mortality that may emerge with longer-term observation.”

How diet may lead to insomnia