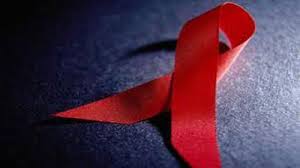 Chevron has revealed that it is spending over $5 million (about N1.9 billion) to support the federal government’s fight against tuberculosis, malaria and HIV in the country since 2017.

Chairman and managing director, Chevron Nigeria Limited, Jeff Ewing, who disclosed this, lauded the 12-year partnership between Chevron and the Global Fund in the fight against the infectious diseases and building of resilient health system in Nigeria.

The Global Fund is an international financing and partnership organisation whose aim is to attract, leverage and invest additional resources to end the epidemics of HIV/AIDS, tuberculosis and malaria to support the attainment of the Sustainable Development Goals of the United Nations on good health and well-being.

Jeff in a statement made available to LEADERSHIP yesterday explained that the partnership between Chevron and Global Fund is an example of how Chevron is contributing strategically to the development of Nigeria by helping to improve the health of its people.

He affirmed that Chevron has been one of the largest Global Fund corporate partners and its partnership focuses on capacity development initiatives, joint advocacy and communications campaigns, and other local initiatives. “Chevron also encourages its staff to share their skills with the local programmes to help improve grant reach and performance,” he added.

He stated that Chevron’s $5 million investment from October 2017 has supported the national HIV and TB programmes in Nigeria.

He said in addition more than one million HIV-positive patients were screened for TB in HIV care or treatment settings and over seven million people tested for HIV and received their results, during the period.

Signs that show your pet is sick

What to know about peeing after sex