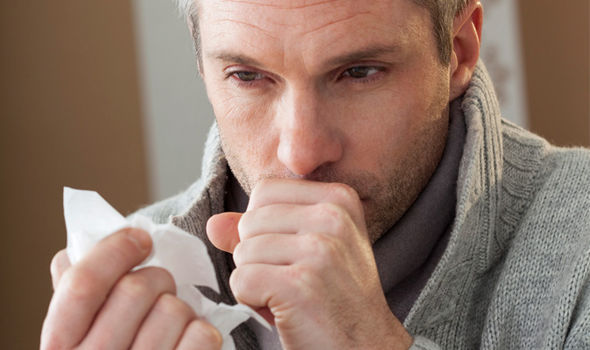 Despite these problems, coughing actually serves a very valuable and useful purpose. Coughing is a protective action, helping the lungs clear out potential germs or harmful objects.

Sometimes, however, that cough is not linked to a cold or infection and can linger for weeks to months at a time. This may lead people to wonder or worry that their cough is a sign of something more serious, such as lung cancer.

This article takes a look at the connection between coughing and lung cancer, including when someone should see a doctor.

A cough associated with lung cancer may be either dry or wet.

Not every cough signifies the presence of lung cancer. However, many people do complain of a chronic cough or a “cough that just won’t go away” at the time of their diagnosis.

If a cough is associated with other symptoms, such as those in the list below, it warrants a trip to the doctor to get checked out:

A cough that is associated with lung cancer can be either dry or wet. It can occur at any time, and even be so severe that it interferes with sleep at night.

There are many symptoms other than persistent or worsening coughing that is associated with lung cancer. Some of these symptoms include:

Allergies such as hay fever may cause short-term coughing. A long-term cough that does not clear up a few weeks, or that gets worse, may have a more serious cause.

There are many reasons why someone might be coughing. A short-term cough can be caused by:

Sometimes, a short-term cough can develop into a chronic or a persistent cough. When this happens, it may be caused by one of the following factors:

Most coughs clear up within a few days to a few weeks.

It is important to see the doctor if the cough is persistent or occurs along with other symptoms, such as coughing up blood or chest pain.

Seeing a doctor promptly can help to determine the cause of a cough and ensure that nothing more serious is going on.

During the physical exam, the doctor will listen to the heart and lungs, and look for other potential causes of the coughing, such as signs of an infection or postnasal drip.

Depending on the findings from the history and physical, the doctor may order additional testing. This may include imaging tests, such as:

If lung cancer is suspected based on these results, the doctor will likely want to take a biopsy of the suspicious cells. A doctor can do this by passing a needle into the lung tissue through the skin.

Another way is by bronchoscopy, where a small tube is inserted down the nose and into the lungs. A small sample is removed through the tube and analyzed.

A specialist called a pathologist will look at the cell samples under the microscope to determine if there is cancer. If cancer is present, they will also work out the type, and how far it has advanced.

If lung cancer is diagnosed, the doctor may want to order additional testing to see if it has spread beyond the lungs.

Researchers have also found some genetic markers that can impact how a cancer behaves. This includes whether it is aggressive or spreads quickly, or is responsive to certain hormones.

Some doctors will order genetic testing to look for these genetic markers. Positive results can sometimes help with making treatment decisions, as there are new medications that can be more effective than traditional therapies.

Chemotherapy is a common treatment option for lung cancer, although complete removal of the tumor is usually preferable.

The best treatment for lung cancer is complete removal of the tumor and unhealthy cells surrounding it.

Removal is usually only an option when the growth is small and contained, or has only spread to the nearby tissues.

Radiation or chemotherapy is sometimes also given to ensure that all of the cancerous cells have been removed or destroyed.

Once a tumour has spread significantly, it may no longer be removable or curable. The doctor may recommend radiation or palliative care to prevent further complications and treat symptoms.

New targeted therapies may be more successful in certain groups of people or with particular types of cancers. These include female non-smokers or carriers of certain genetic markers.

The doctor can help work out whether someone may benefit from these types of treatments.

The outlook for someone diagnosed with lung cancer depends on the stage of cancer when it is diagnosed.

Early diagnosis and treatment are very important in increasing the odds of surviving lung cancer. There is no screening test, which can make early detection more difficult.

The best way to prevent lung cancer is to live a healthful lifestyle and avoid cigarette smoke whenever possible. In addition to not smoking, or quitting smoking, avoiding secondhand smoke is essential.

Someone with a high risk of developing lung cancer, based on either family history or history of smoking, should discuss any unusual symptoms with their doctor as soon as possible. These symptoms include a persistent cough that occurs with chest pain, shortness of breath, or blood. 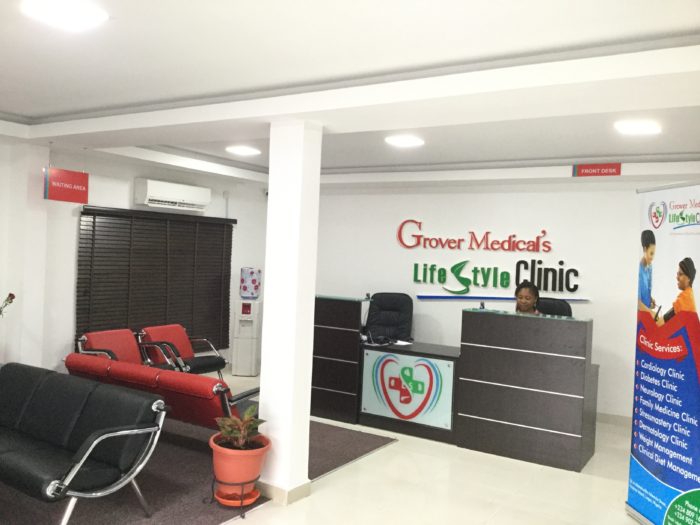 Good news for Nigerians prone to common health issues and disorders related to lifestyle such as diabetes, cardiovascular disorders, stroke, cancer etc., as the 1st lifestyle clinic in the country – Grover Medical’s Lifestyle Clinic, in collaboration with Artemis Hospitals Gurgaon, India – made its debut in Lagos recently.

Speaking during the inauguration ceremony, the Medical Director, Dr Mrs Arvinder Grover, said the Clinic has been established as a special purposed vehicle to drive the campaign and necessity for preventive health through effective lifestyle modification and clinical management.

She noted that lifestyle diseases occur as a result of the way people lead their lives on a daily basis. “The diseases develop as a result of work, environmental factors, food we eat, exercise habits and stress.

“More work and no play, makes a lot of us prone to a host of diseases, physical ailments, and emotional problems.

Grover quoted the World Health Organisation, WHO index, that Nigeria has a World Life Expectancy ranking of 171, giving it the lowest lifespan expectancy compared to France, Japan, USA and others.

Lagos is a commercial city and highly industrialized; therefore residents are subjected to undue stressful life due to hectic work style and unhealthy feeding habits, apart from ever-increasing traffic situation.

“The stressful lifestyle puts most people’s health in an emergency mode and becomes a major issue due to cumulative effects it has over time. Unfortunately, it was recently observed that there are few functional specialized lifestyle clinics in the city, hence the need for the establishment of Grover Medical’s Lifestyle Clinic.”

The Clinic is in Partnership with JCI Accredited Artemis Hospitals to further drive the quest to improve the standard of medical practice in Nigeria especially with the application of state-of-the-art technology in the management of lifestyle diseases.

She called on all to join the lifestyle revolution to significantly prevent lifestyle diseases.