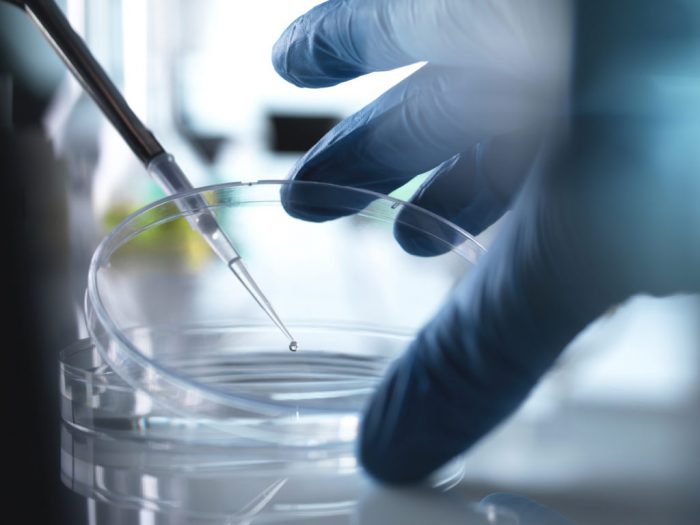 A study in mice has found that scientists can switch off a gene responsible for an aggressive form of breast cancer. Silencing the gene not only shrinks tumors but also prevents their spread around the body.

Around one in eight females in the United States will develop breast cancer, according to the American Cancer Society.

In 2019, doctors diagnosed an estimated 268,600 new cases of invasive breast cancer in females in the U.S., while around 41,760 individuals died from the disease.

Up to a fifth of breast cancers are a more aggressive form known as triple-negative breast cancer that is difficult to treat.

Unlike the majority of breast cancers, estrogen and progesterone do not fuel the growth of triple-negative tumors, so drugs, such as tamoxifen, that block these hormones are ineffective.

A molecule that switches off a particular gene in triple-negative tumors could be a promising alternative treatment, according to research at Tulane University School of Medicine in New Orleans, LA.

The scientists report their discovery in the Nature journal Scientific Reports.

The effect of gene silencing

The research combined in vitro studies of cells growing in dishes with in vivo studies involving mice.

The team began by working with cultures of a triple-negative cancer cell line that originally came from a patient treated in 1973 at the M. D. Anderson Cancer Center in Houston, TX.

The researchers compared the effects of switching off two known breast cancer genes, one called Rab27a and the other TRAF3IP2.

To deactivate or “silence” the genes, they targeted them with molecules of short hairpin RNAs called lentiviral-TRAF3IP2-shRNA. These are strands of RNA twisted back on themselves like a hairpin that prevent a specific gene from being read or “transcribed” to make a protein.

The researchers discovered that switching off TRAF3IP2 had a more disruptive effect on cancer-associated metabolic pathways in the cells than switching off Rab27a.

They confirmed this by switching off the genes individually in a mouse model of breast cancer.

Switching off Rab27a did slow down tumor growth in the mice, but a very small number of cancer cells spread, or “micrometastasized.”

When the researchers switched off TRAF3IP2, however, this not only suppressed new tumor growth but also prevented metastasis for up to 1 year. Better still, the treatment shrank existing tumors until they were undetectable.

“This exciting discovery has revealed that TRAF3IP2 can play a role as a novel therapeutic target in breast cancer treatment,” says Dr. Reza Izadpanah, assistant professor of medicine at Tulane University School of Medicine, who led the research.

The scientists are now seeking approval from the Food and Drug Administration (FDA) to start clinical trials as soon as possible.

They write that, first, they will need to confirm their results by transplanting breast cancer cells from human patients into mice, in a process known as ‘xenotransplantation.’

“A limitation of the present study is that we used a single breast cancer cell line to investigate potential roles of silencing Rab27a and TRAF3IP2 on tumor growth. Our future studies will involve the use of patient-derived xenotransplants to further validate these fundamental first in vivo and in vitro results.”

Silencing TRAF3IP2 may turn out to be an effective treatment in several cancers and even heart failure.

The gene is known to activate various cellular pathways that promote inflammation, which plays an important role not only in cancer but also in heart failure.

In their breast cancer research, the team at Tulane School of Medicine collaborated with Dr. Chandrasekar Bysani at the University of Missouri School of Medicine in Columbia, who identified the part played by TRAF3IP2 in promoting inflammation in heart failure.

Dr. Bysani also took part in recent research that found that switching off TRAF3IP2 could be an effective strategy for treating glioblastoma, a malignant type of brain cancer.

Asthma may not increase the risk of severe COVID-19