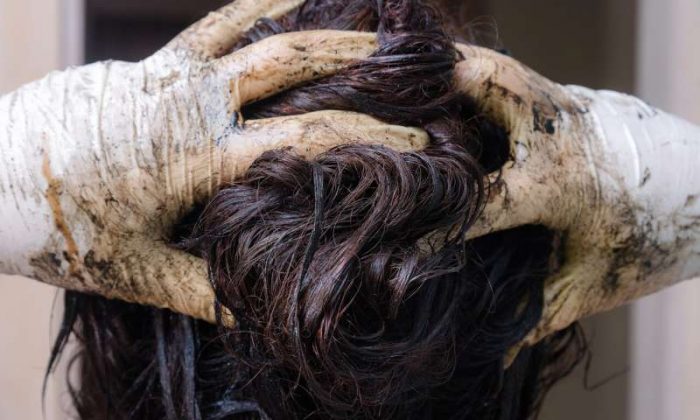 A recent study has investigated links between hair products and breast cancer. The findings have caused a stir, so in this article, we put the results into perspective.

Overall, breast cancer affects around 1 in 8 women during their lifetime.

Today, the breast cancer rates among black and white women are similar. However, according to the authors of a new study:

“[B]lack women [are] more likely to be diagnosed with aggressive tumor subtypes and to die after a breast cancer diagnosis.”

Scientists are working to pin down all the risk factors associated with breast cancer, and they are eager to understand why race-related disparities occur.

The study, which now appears in the International Journal of Cancer, focuses on hair products. Specifically, the researchers investigated hair dye and chemical hair straighteners, which permanently or semipermanently “relax” the hair.

Over the years, a number of studies have hinted at hair products’ potential role in cancer. As the study authors explain, “Hair products contain more than 5,000 chemicals, including some with mutagenic and endocrine‐disrupting properties.”

Older studiesTrusted Source have shown that certain chemicals in hair dye can induce tumors in the mammary glands of rats.

However, studies that have searched for an association between hair products and breast cancer in human populations have produced inconsistent results.

The authors of the recent research, based at the National Institute of Environmental Health Sciences, set out to take a fresh look. They decided to include hair straighteners in their analysis because earlier studies have largely ignored them. Importantly, according to the authors, these straightening chemicals “are used predominately by women of African descent.”

Because hair product ingredients tend to vary depending on whether the manufacturers market them to white or black women, the authors wondered if this might play a part in the disparity in breast cancer.

To investigate, the researchers took data from the Sister Study. This dataset includes information from 50,884 women aged 35–74. The scientists followed the women for an average of 8.3 years. The participants had no personal history of breast cancer but at least one sister who had received a breast cancer diagnosis.

As part of their analysis, the researchers accounted for a wide range of variables, including age, menopausal status, socioeconomic status, and reproductive history. Importantly, they also had access to information about participants’ use of hair care products.

They found that women who used hair dye regularly in the 12 months before enrolling in the study were 9% more likely to develop breast cancer.

The study authors found no significant links between breast cancer and the use of semipermanent or temporary dyes.

When they looked at chemical hair straighteners, they concluded that women who used them every 5–8 weeks or more had a 30% increased risk of breast cancer. In this case, there were no significant differences between white and black women, though it is worth noting that black women seemed to use these products more often.

Not all percentages are equal

It is important to put these figures into perspective. The percentages above describe relative risk, which publishers tend to focus on because the numbers appear more dramatic.

For instance, studies have shown that women who drink two or more alcoholic beverages per day have a 50% higher risk of developing breast cancer. In other words, over the course of a lifetime and compared with women who do not drink, these women are 50% more likely to develop breast cancer.

However, this does not mean that they have a 50% chance of developing breast cancer.

In the general population, women have a 12% risk of developing breast cancer in their lifetime. So, if we increase this risk by 50%, that brings the risk up to 18%. In this example, the absolute risk increase is 6%, which is the difference between 12% and 18%. Although this is a significant increase, it does not have the same psychological impact as 50%.

Returning to the hair product study, although the reported relative risk of a 60% increase in breast cancer risk among black women is a significant result, the absolute risk of a new cancer diagnosis in this study population was less than 1% per year.

This does not mean that the topic is not worth pursuing. Any increase in cancer risk is important, but understanding the statistics helps put the matter into perspective.

As with any observational study, it is impossible to determine whether or not a factor is causal. The observed relationship might be dependent on other factors that the analysis could not account for.

Another potential issue is that every participant in the study had at least one first-degree relative who has experienced breast cancer. As the authors explain, this “may limit the generalizability of these findings.”

However, taking everything into account, this is a large study, and the findings are worth following up.

“We are exposed to many things that could potentially contribute to breast cancer, and it is unlikely that any single factor explains a woman’s risk,” explains study co-author Dale Sandler, Ph.D. “While it is too early to make a firm recommendation, avoiding these chemicals might be one more thing women can do to reduce their risk of breast cancer.”

Why strikes will not stop in Nigeria

Food poisoning is dangerous, avoid it

Be careful when you visit hospitals