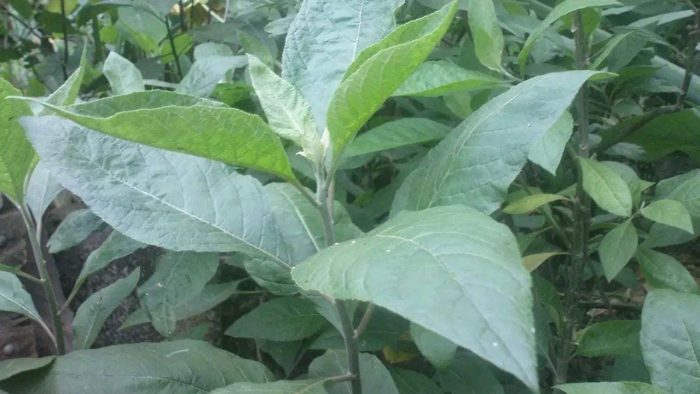 Scientists have advanced search for herbal cures for diabetes mellitus with the discovery of a blood sugar reducing syrup made predominantly with bitter leaf (Vernonia amygdalina) and plantain (Musa paradiasica) as well as validating guava (Psidium guajava) leaves as better alternative therapy in ameliorating diabetic-associated disorders of the kidney.

Researchers in Uganda have formulated aspartame- sweetened syrup from the most active combinations of bitter leaf and plantain. The syrup is pale brown, sweet, homogeneous, with a vanillin flavour and pH 4.27.

The study titled “Efficacy of a syrup formulated from combined extracts of Vernonia amygdalina and Musa paradisiaca for the management of type 2 diabetes” was published in African Journal of Pharmaceutical Research and Development.

The researchers from the Department of Pharmacy, School of Health Sciences, College of Health Sciences, Makerere University, Kampala, Uganda, said Vernonia amygdalina (VA) and Musa paradisiaca (MP) are some of the major plants used in Uganda for the management of diabetes mellitus type 2 by herbalists and individual patients; though without proper dosing and safety considerations since there are no standard formulations.

Efficacy was determined by assessing the glucose lowering abilities of varying combinations of the extracts based on the Oral Glucose Tolerance (OGT) and Random Blood Glucose (RBG) tests against glibenclamide standard. In both the OGT and RBG tests, the 1:1 combination (100 mg/kg VA and 200 mg/kg MP) of the extracts showed hypoglycemic effect greater than that of either of the plants extracts used singly at their most effective doses (100 mg/kg VA or 200 mg/kg) MP. The hypoglycemic effect of the 1:1 combination (100mg/kg VA and 200 mg/kg MP) was also comparable to glibenclamide (0.05 mg/kg) at 60 and 120 minutes for the OGT tests and on day two for the RBG tests.

The maximum observed activity of Vernonia amygdalina (100 mg/kg) was greater than that of Musa paradisiaca (200 mg/kg) though not significant.

Meanwhile, another study published in the Journal of Cytology and Histology found that guava (Psidium guajava) could be a better alternative therapy in ameliorating diabetic-associated disorders of the kidney.

The herbal plants used for this study were leaves of Veronia amygdalina, shaft of Citrullus colocynthis seed, leaves of Psidium guajava, and leaves of Ficus mucuso.

Veronia amygdalina (VA) commonly called bitter leaf belongs to the family Asteraceae. It has petiolate leaves of about 6 mm diameter and elliptic shape. The leaves are green with a characteristic odour and a bitter taste. It is called Ewuro by the Yoruba of Nigeria. The leaves have been used in traditional folk medicine as anthelmintics, antimalarial, antimicrobial anticancer and as a laxative herb.

Phytochemical substances in VA include oxalates, phylates and tannins, and also flavonoids.

Citrullus colocynthis (CC) popularly known as ‘bitter apple’, ‘colosynth’, and ‘vine-of-Sodom’ is a tropical plant belonging to the family Cucurbitaceae. It is also commonly referred to as ‘egusi’ amongst the Yorubas of Nigeria. In the traditional medicine, it has been used in treatment of constipation, diabetes oedema, fever, jaundice leukaemia, bacterial infections, cancer and used as an abortifacient.

Ficus mucuso (FM) belongs to the family Moraceea. The Ficus genus has wide distribution and is used traditionally as medicine, vegetable, food, fodder and fuel wood. Phytochemical analyses of FM have revealed the presence of monoterpenoids and flavonoids.

Diabetes mellitus (DM) is a group of metabolic diseases characterized by hyperglycemia (high blood glucose level), which results from defects in insulin secretion, insulin action or both.

The chronic hyperglycaemia of DM is associated with long-term damage, dysfunction and failure of various body structures and organs especially the eyes, nerves, heart, blood vessels and also the kidney. Existing therapy for DM are known to provide good glycaemic control, but are believed to do little in regards to the complications to various organs. Besides, these anti diabetic drugs are associated with mild to moderate side effects.

Consequently, the present study has investigated the effects of some common plants traditionally used in herbal management of diabetes amongst the Yorubas of Ile-Ife, Nigeria, on the histomorphology of the kidney in STZ-induced Wistar rats.

The Nigerian researchers at the Department of Anatomy and Cell Biology, and Department of Medical Biochemistry, Faculty of Basic Medical Sciences, Obafemi Awolowo University, Ile-Ife, Osun State, investigated the effect of four herbal extract and their efficacy on the histomorphometry of the kidney in STZ induced diabetic rats with a view to understanding their anti-diabetic properties.

After the expiration of the study the animals were sacrificed and the kidneys were excised, fixed in 10 per cent formol saline for histology and morphometric analysis. The glomeruli of the diabetic group were atrophied which is validated by significant decrease in its density, shrinkage and increased bowman’s space. These observations were also characterized by diminished cellular proliferation, decreased cellular volume and ischemia. The histology and morphometric analysis revealed that the kidney in the group treated with Psidium guajava shows a better histoarchitectural outline of all the four plant extracts used.

The researchers concluded: “… The groups administered with PG extract demonstrated a distinct regenerative capacity over the other three extract. The group administered with FM extract closely followed this. Previous studies have reported some similar histopathological findings. The plant extracts used for the study, are common herbal plant used traditionally in the management of diabetes, amongst the Yorubas of Ile-Ife, Nigeria. Three of these plants – VA, CC, and PG; have been reported to possess anti-diabetic properties. The four medicinal plants used in this study are well known for their antioxidant properties, which are due to their high level content of flavonoids. The present study has provided useful information in the management of kidney related disorders resulting from diabetes.”