Home Articles Be careful as you seek medical attention in India 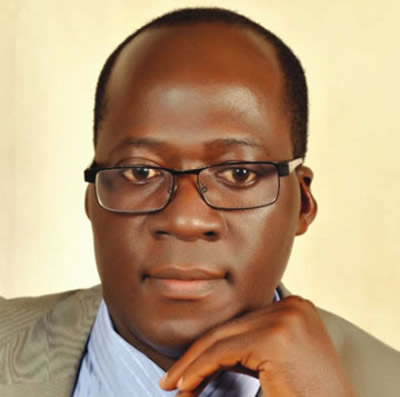 The news services recently reported how an entire village was raided by unscrupulous people stealing kidneys in India. For harvesting their kidneys, each of the villagers received $45 (about N15, 000). Once the victims were under the influence of drugs, they removed their kidneys and sold them to wealthy patients from America and Europe. The criminals apparently told the villagers that the kidneys would grow back in a few months.

But, you know kidneys do not grow back, don’t you? Apparently, many victims who survived the Tsunami in 2004, mostly women from the southern coastal city of Chennai have sold their kidneys. I suppose the destruction of their normal lives led to such desperation. There are now organised cabals, including doctors looking for people to sell their kidneys in India. Poor labourers are major target for the organised kidney racket. They lure victims with the promise of jobs. On the streets, they buy kidneys for as much as $3,000 (around N1m). Once you are in the grasps of these deceitful persons, they remove and sell your kidney off in the black market for as much as $85, 000 (you work out the sum).

Unsuspecting Nigerians travelling to India for medical tourism also belong to this vulnerable group. A Senator told me recently about his clansman that lost a kidney in India. He travelled to India for medical tourism and entered into the trap of the kidney thieves. Apparently, the Indian doctors had removed one of his kidneys while performing some surgery on his abdomen. I understand that when the victim found this out, he returned to India to confront the doctors.

You must understand that only not seedy hospitals but also popular hospitals in India have been involved in this kind of practice. Though he received compensation, no amount of money can pay for the misery of failure of the only remaining kidney. Of course, the patient does not yet appreciate fully the ramification of this grave loss. The health risks are significant. From anaemia to hypertension, bone loss and need for dialysis. Just too many health problems come with kidney failure.

There are accompanying problems travelling to India for medical tourism. However, if you have to go, you have to go. Just be very careful and go with a friend or relative. But, not the one who sourced the hospital for you. This is important.

Many foreign hospitals advertising for patients in Nigeria use agents who may even be relatives of the sick. They convert these people to ‘business associates’ who will get a percentage of what you pay regardless of the outcome. So, many have become charlatans, who prey on your ill health, and your misfortunes to make money. They promote foreign hospitals in glowing terms as if they own those hospitals. Of course, it is only a source of income for them with you as the guinea pig.

Doctors are guilty too. Some Nigerian doctors refer patients abroad for pecuniary gains. Some will even offer to follow you to India at your expense, but mostly to make sure they get their percentage cut behind your back. They push care abroad while being oblivious that one can obtain similar care and good outcomes in many hospitals in Nigeria. With local treatment, you can have members of your family in close attendance, eat your preferred food and have easier and cheaper follow up. We can also detect and manage complications at lesser cost here.

Take the issue of spine surgery for instance. We have now operated on hundreds of patients with neck and back pain, spine trauma and tumours successfully in Abuja, Lagos and Enugu. We perform these operations daily with good outcomes for the majority. In fact, a research done in 2012 revealed that over 90 per cent of the patients would prefer to have their operations performed again in Nigeria.

Kidney transplants have been conducted in Abuja and Lagos and open-heart surgeries regularly take place now in Lagos and other areas. You do not hear about these feats because doctors have a fear of the Medical and Dental Council of Nigeria. You see, our doctors and hospitals do not advertise. But, hospitals abroad are not bound by the same laws, ethics and principles. Sadly, it is easier for you to hear about hospitals in the slums of Mumbai than what is happening here in Ondo State, for example. However, things are changing, slowly.

We did create a health care directory in Abuja to facilitate the dissemination of such information about facilities and programmes in the city. So, if you have the directory, you would know who the local specialists are, what each hospital can do and what equipment, such as CT and MRI scans, they have at their disposal. Information is power.

As they say, every little helps.

NB: The Annual General Meeting and Scientific Conference of the Association of General and Private Medical Practitioners of Nigeria starts this week. The event, at the ICC in Abuja, will focus on ‘communicable diseases’.

Please wash your hands regularly and cover your mouth when sneezing or coughing. Also, please kindly stop urinating on the streets.

7 Things Healthy People Do Every Morning

Caring for your newborn (2)