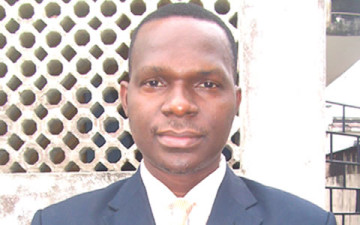 It was established that autism, or more clinically and accurately, Autism Spectrum Disorders, are disorders of development that can cause serious social, communication and behavioural problems.

Autism can affect both children and adults but it usually starts in childhood.

The signs and symptoms of autism are as many, but note that it is the presence of many of these symptoms, fulfilling certain criteria, which specialists use in making the confirmed diagnosis. The presence of one alone does not automatically mean a child is autistic.

A child with autism may:

– Not point at objects to show interest (for example, s/he may not point at an airplane flying overhead)

– Not look at objects when another person points at them

– Prefer not to be held or cuddled, or might cuddle only when s/he wants to

– Appear to be unaware when people talk to them, but respond to other sounds

– Be very interested in people, but not know how to talk, play, or relate to them

– Not play ‘pretend’ games (such as feeding a doll)

– Have trouble adapting when a routine changes

– Have unusual reactions to the way things smell, taste, look, feel, or sound

– Lose skills s/he once had (for example, stop saying words s/he used to say)

– Repeat certain behaviours and might not want change in his/her daily activities.

It is commoner among boys than girls; while there are also certain genetic diseases which also have the manifestations of ASD.

Autism has also been linked to factors that include nutritional issues, mercury and lead poisoning, among others.

However, it is important to know that despite popular link in the past with certain immunisations, research has proved that immunisations do not cause Autism Spectrum Disorder.

Currently, there is no definite cure for ASD, but it can be managed, especially if diagnosed early in childhood, with appropriate therapies.

Usually, the approach is multi-specialist. The Developmental Paediatrician or other specialists such as the child neurologists, child psychologists and psychiatrists see children with suspected ASD and make a diagnosis.

Depending on the severity, some children can attend ‘normal’ (mainstream) schools if their symptoms are mild, while children with severe conditions may need special schools with employees that are skilled in educating children with autism.

Though autism is a life-long disorder, some individuals with therapies can actually ‘loose’ their diagnosis. In other words, they no longer fulfill the criteria for autism diagnosis.

In conclusion, the child mentioned in the first part of this piece, A.Y., is currently doing well with therapies.

This piece was born out of the need to increase awareness so that more children can receive early diagnosis and treatment for better, independent lifestyles as adults.

Caring for your newborn (2)