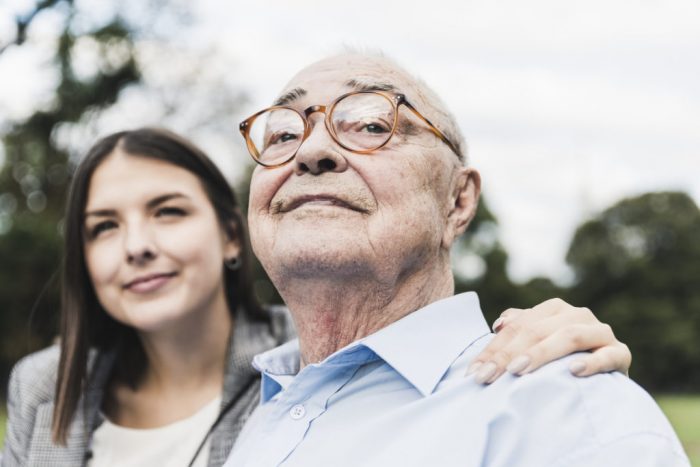 A laboratory study has found that the asthma drug salbutamol prevents the formation of tangles of fibrous protein that are a hallmark of Alzheimer’s disease. The next step will be to test the drug in animal models of the disease.

About 50 million people worldwide have dementia, and every year, there are nearly 10 million new cases, according to the World Health Organization (WHO).

They note that the most common form of dementia is Alzheimer’s disease, which accounts for 60–70% of all cases.

In the United States, the National Institute on Aging estimate that more than 5.5 million people have Alzheimer’s disease. Most of them are over 65 years of age.

The disease is a neurological disorder in which the death of brain cells results in progressive memory loss and cognitive decline.

While existing drug treatments help reduce the symptoms of Alzheimer’s disease and improve people’s quality of life, they neither slow its progression nor cure it.

The brains of people with the condition contain distinctive plaques between nerve cells, as well as clumps of fibers known as neurofibrillary tangles inside the cells.

After clinical trials found that drugs that clear beta-amyloid from the brain failed to slow the disease’s progression, attempts to find a treatment have shifted to tau.

Researchers at Lancaster University in the United Kingdom believe that tau could be a more promising drug target for Alzheimer’s disease. They point to previous research, which found that in the absence of the tau neurofibrillary tangles, beta-amyloid does not seem to harm nerve cells.

Also, the number of tangles in the brain appears to be a much better indicator of the severity of the disease than the number of amyloid plaques.

In healthy brain cells, tau proteins help stabilize the internal network of microscopic tubes, or “microtubules,” that transports nutrients and other molecules around nerve cells.

In Alzheimer’s disease, these tau molecules break away from the microtubules and begin to stick together to form threads and, eventually, tangles. In turn, these disrupt the microtubule transport network.

The scientists from Lancaster University believe that compounds that prevent tau molecules from aggregating in this way could make promising treatments for Alzheimer’s disease.

To screen more than 80 compounds for their ability to block the formation of tangles, the researchers used a powerful technique — synchrotron radiation circular dichroism — for imaging structural changes in proteins.

This technique involves illuminating samples with beams of light 10 billion times brighter than the sun. The U.K.’s Diamond Light Source (DLS) in Oxfordshire, which experts have likened to a giant microscope, generated this light for the study.

One of the compounds that the DLS identified was the hormone epinephrine, which stabilized tau proteins and prevented them from forming tangles.

The body rapidly metabolizes epinephrine, however, so the researchers went on to screen four existing drugs with very similar chemical structures.

Of these, two were effective: a drug called dobutamine, which doctors use to treat heart attacks and heart failure, and salbutamol (also known as albuterol), which is available under the brand name Ventolin for treating asthma.

The scientists ruled out dobutamine as a practical treatment for Alzheimer’s disease because it requires injection, and its effects are very short-lived.

Further tests on salbutamol suggested that it binds to individual tau molecules, preventing them from forming “nuclei” around which other protein molecules can aggregate.

The researchers published their findings in the journal ACS Chemical Neuroscience.

“This work is in the very early stages, and we are some way from knowing whether or not salbutamol will be effective at treating Alzheimer’s disease in human patients,” says Prof. David Middleton, one of the authors.

“However, our results justify further testing of salbutamol and similar drugs in animal models of the disease and, eventually, if successful, in clinical trials.”

Salbutamol is on the WHO’s Model Lists of Essential Medicines and is the 10th most commonly prescribed medication in the U.S.

Dr. David Townsend, who led the research, says that it demonstrated the potential benefits of finding new applications for existing drugs with proven safety records:

“Salbutamol has already undergone extensive human safety reviews, and if follow-up research reveals an ability to impede Alzheimer’s disease progression in cellular and animal models, this drug could offer a step forward, whilst drastically reducing the cost and time associated with typical drug development.”

The researchers note that only a small amount of salbutamol reaches the brain when people use asthma inhalers, which deliver the drug to the lungs.

If further research in animals proves successful, a new delivery method will be necessary.

Future research could also focus on other asthma drugs in the same class — beta-adrenergic agonists — that circulate in the bloodstream for longer.

Lack of sleep predisposes us to negative thinking

Starting a career in the medical field