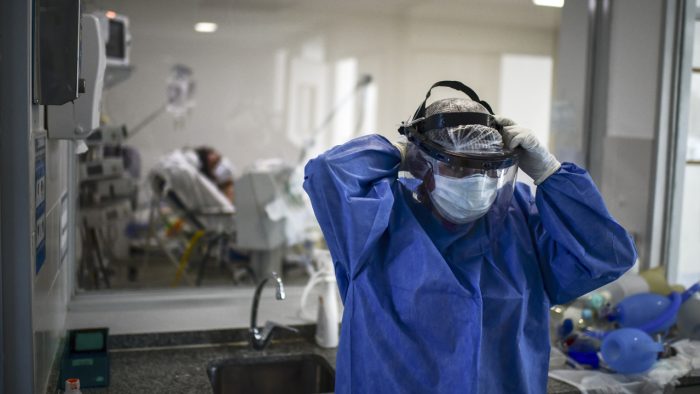 Latest figures on COVID-19 released by the World Health Organisation (WHO), yesterday, showed that Africa accounts for one per cent of confirmed cases and three per cent of deaths reported worldwide in the past week.

WHO’s Weekly Epidemiological Update revealed that although Africa had witnessed slow but continuous decline in newly-reported cases since mid-July, there were 11 per cent more cases reported in the last seven days compared to the previous week, reaching over 1.2 million cases.

It noted that the increase in fresh cases was partially attributed to the higher number of countries reporting increases in confirmed cases for 21 countries, compared to 14 countries in the preceding week.

Although more countries are reporting increases, the pattern of increasing cases is driven by South Africa and Ethiopia, which continue to report the highest number of new cases last week followed by Kenya, Uganda and Algeria.

Continuing the trend from last week, the number of reported deaths increased this week with South Africa accounting for most of the new deaths or 74 per cent of the continent’s total death toll.

The current transmission pattern in most of the 47 countries in Africa were reported as community transmission (n=39, 83 per cent), with five reporting clusters showing that only Seychelles, Mauritius and Eritrea were currently reporting sporadic cases.

Also last week, Mozambique registered 795 new cases at 25 per million population, bringing the total figure to almost 10,000 cases, but the country recorded a gradual decline over the last three weeks including a 39 and 40 per cent decrease in new cases and deaths in the past week, suggesting that the pandemic might be slowing down in the country.

While the number of tests per 1000 inhabitants had remained stable at 0.3 in the last 10 weeks, the rate of positive tests dropped this week to nine per cent, as schools reopened with special measures to prevent further spread of coronavirus.

“Since the last Weekly Epidemiological Update issued on October 5, 2020, about 2.2 million new cases and 39,000 deaths of COVID-19 have been reported in all six WHO regions, constituting the highest number of reported cases so far in a week. Between December 30, 2019 and October 11, 2020, over 37 million COVID-19 cases and one million deaths have been reported globally.

Half of the cases or 48 per cent and 55 per cent of the deaths have been reported in the United States of America, Brazil and Argentina, accounting for the highest number of new cases and casualties.