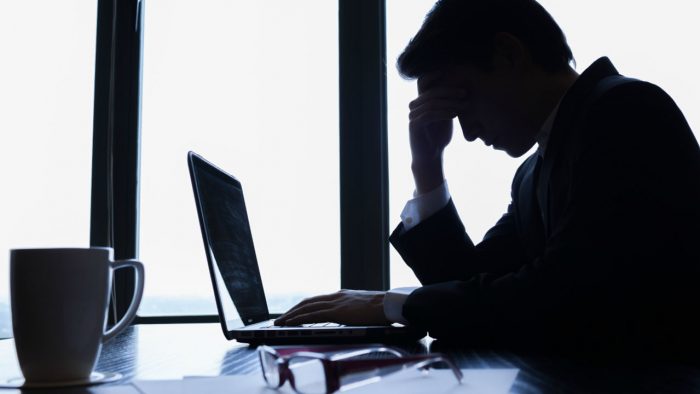 About two-thirds (64%) of Nigerian employees are at risk of employee burnout, a condition caused by excessive and prolonged stress, says a new report from a survey conducted by WellNewMe, a health technology company.

The survey, which gathered information regarding the risks of burnout faced by employees in Nigeria, said that the condition could lead to significant mental non-communicable health challenges.

It described burnout as a state of emotional, physical and mental exhaustion caused by excessive and prolonged stress, occurring when an individual feels overwhelmed, emotionally drained and unable to meet constant demands.

“People suffering from burnout often experience emotional, mental and physical exhaustion, and this can have serious physical and mental health-related consequences, from which it can take a long time, and a lot of treatment, to recover,’’ it said.

The survey showed that 64 per cent of employees have an increased risk of burnout, with women having a slightly higher risk than men.

According to it, nearly two in 10 employees would require immediate assistance as they were already demonstrating behaviours which indicated that they were at crisis point.

It said that consequences of burnout include excessive stress, fatigue, insomnia, sadness, anger or irritability, alcohol or substance misuse, heart disease, high blood pressure, Type 2 diabetes and vulnerability to illnesses such as cold and malaria.

Others are excessive stress, fatigue, insomnia, sadness, anger or irritability.

“People with burnout can be irritable, unpredictable, isolated, frustrated, confrontational, irrational, and very hard to be with.

“This can have catastrophic consequences for a family, in the workplace, or for friendships.

“Women have a slightly higher risk than men.’’

The report also found that the condition leads to presenteeism (working when unwell), absenteeism, and an increase in turnover of staff which costs companies much more

It noted that the condition is often ignored as studies on burnout among Nigerian employees are very limited, despite the devastating impact it could have on individuals, businesses, and the society at large.

Dr Obi Igbokwe, a co-founder of WellNewMe, said that in spite of its serious consequences for employers, burnout in the workplace is one of those conditions that companies across the world are struggling with.

“Its effects are even more telling in resource low countries like Nigeria when often mitigation of the risks and treatment of burnout is not very commonplace.

“ There are significant mental health difficulties in the workplace in Nigeria as indicated by the results of the survey.

“ Burnout leads to further stress-related ill-health which has a significant impact on physical and mental health. This leads to presenteeism (working when unwell), absenteeism and an increase in turnover of staff.

“Identifying and treating employees at risk of burnout is beneficial, not only to the wellbeing of the individual but also to the organisation in terms of their return on investment due to improved productivity.

“Whilst companies use absenteeism rate as an indicator of engagement and productivity, the evidence suggests that presenteeism costs companies much more.

“It is also one of the critical indicators of the health of an organisational culture. Mental ill-health arising from burnout is one of the most significant factors that underpins.’’

Igbokwe said that WellNewMe had developed a tool to help companies in determining the risks and had partnered with Green Oaks Consulting to provide a comprehensive and more holistic approach to managing individuals who need treatment.